By engaging participants very frequently in role plays, we gave them the chance to increase their awareness of their own and other people’s behaviour, take initiative and experiment to apply the knowledge they gained.

From daily feedback forms we gathered these key-learning points from the participants:

We hope that many participants implement the newly gained knowledge at their workplaces, working with youth, and reach out to other groups/ organizations. The Partner Organizations organize meetings with the participants on their return, to share about the training, and stimulate them to take a follow-up action with the other participants from their country.

Locally, in The Netherlands, the project was a part of the Peace Week and thereby reached more people. An invitation for an Open Evening was shared by a local NGO at a Peace Walk though the city, which 8 people attended. We also had talks with other visitors at the building we shared.

Internationally, the training course has an impact by all the participants who will work in the different countries involved. They can now apply their newly gained knowledge, insights and skills in their workplaces and personal environment. They learned from being a part of a culturally diverse group of young people who have a common goal to mitigate violence and are able to propose and explain alternative ways of dealing with conflict. We believe this is a network that they can build on in the future for diverse collaborations, and also gave them skills to navigate future international projects. We stimulated participants to share the content of the TC with the partner organizations and beyond, to widen the impact of the training and multiply its effects. Of course ToNoWo is also making efforts the share about the training, here on this website, on facebook, the newsletter, and youtube.  Have a look at these and spread the word! 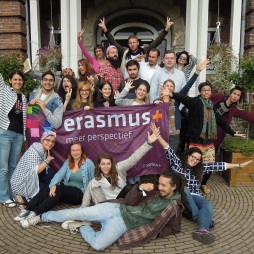 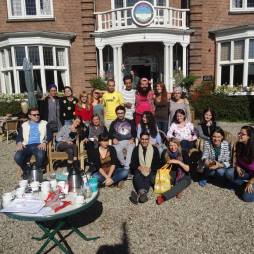 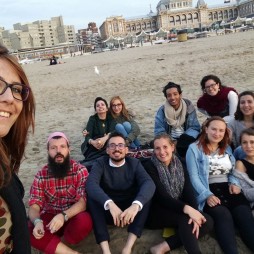